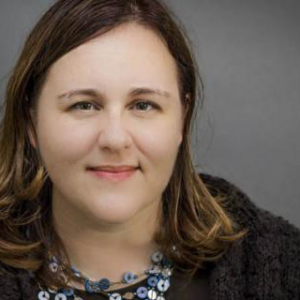 Regina Holliday is a Maryland-based patient advocate and artist known for painting a series of murals depicting the need for clarity and transparency in medical records. This advocacy mission was inspired by her husband Frederick Allen Holliday II and his struggle to get appropriate care during 11 weeks of continuous hospitalization in five facilities. After his death from kidney cancer on June 17, 2009, she began “73 Cents,” a mural depicting her husband dying in darkness surrounded by inaccessible technological tools in a closed data loop. The title refers to the cost per page for medical records in the state of Maryland.

Holliday’s artwork became part of the national healthcare debate and was reported on in the mainstream press, as well as reviewed by such journals as BMJ and APA. She began an advocacy movement called “The Walking Gallery,” for which medical providers and advocates wear “patient story” paintings on the backs of business suits. She authored The Walking Wall: 73 Cents to the Walking Gallery and her latest book The Writing on the Wall (2015), her memoir which takes readers on an odyssey of abuse and empowerment.

Holiday was honored at the H.I.T. Men and Women Awards reception for her trailblazing vision and perseverance in advancing the adoption of health IT, innovation and best practices to improve healthcare. On July 13, 2010, she was honored to represent the patient voice during the Meaningful Use Stage One Announcement.

She appeared on stage with HHS Secretary Kathleen Sibelius, Don Berwick from CMS, and David Blumenthal from the ONC, and Regina Benjamin Surgeon General. In addition, she was a 2011-2012 Fellow with TMIT: Texas Medical Institute of Technology, appeared in the Safety Leaders/Discovery Chanel documentary: “Surfing the Healthcare Tsunami” and is part of the creative team working on SpeakerLink.org.

Backed by her own patient and caregiving experiences, Regina Holliday travels the globe heralding her message of patient empowerment and inclusion in healthcare decision making, and offering guidance on crowd funding in healthcare. She fearlessly stands before officials and practitioners demanding a thoughtful dialog on the role patients play in their own healthcare.