15 Oct Science Tells Us Nothing About The Individual

Posted at 11:45h in Experience, Patient by Center for Innovation 0 Comments
Share 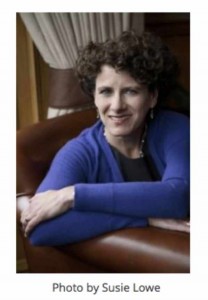 To make a decision, the most important thing is evidence-based information: all you need is science.

To this I say, that’s a bunch of hooey. Science tells us nothing about the individual. Thank you Dr. Pinker.

Creating the expectation that health decisions are entirely based on evidence-based information diminishes completely the ordeal of the decision-making journey: frantic, frightening, fraught and oftimes the cause of additional upset when made final.

My own perception of why this equation of evidence-based information = easy-to-make decisions hooey is being propagated is partly that it supports the shifting of onus of responsibility and accountability from medical professionals to the patient (translation: fear of malpractice as much as fear of doing harm). This conveniently dovetails with modern day decision-making modus operandi – different than our parents largely as a result of the internet.

In fact, I’m given to understand informed patients are confident, engaged patients – discussing their options knowledgeably with their healthcare professionals. Being properly informed is empowering, and gives control. I don’t know anybody that fits this description, but from twitter and blogs, I know they’re out there. Be that as it may, none of this means decisions themselves are any easier. In health, especially, there are so many layers, factors, feelings, confusion and inner and outer conflicts that even with the ‘best’ science and information (whatever their definitions) decision-making can frustrate and confound decision-maker and community alike.

The following story of decision-making is not unique in its decision-related ups downs and all-arounds. And because it’s not unique, the experience flies in the face of pat and patronizing assumptions that all it takes to make a decision is a good science and a properly informed patient.

The Decision in 11 Chapters plus Epilogue.

When the staff stopped cold and examined the mammogram in minute detail – leaving the rest of the women in the waiting room getting more and more agitated – she knew. In fact she’d expected it; with enough cancer in the family she felt a walking time bomb. After the biopsy, the type of cancer – explained in gentle, empathetic tones, ‘Ductal Carcinoma in Situ: DCIS. We’ll schedule lumpectomy as soon as possible.’ Not knowing Latin, what she heard was:

‘It’s in my ducts. That’s equivalent to lymph nodes. In Situ must mean it’s situated everywhere in my body. I’m doomed.’

At home, in a daze, the phone rings. Her sister, married to a doctor, expresses unexpected relief: ‘This is great news: DCIS is the best kind of cancer. It’s only in the ducts, not the lymph nodes and in Situ means contained: it’s not spreading it’s not invasive.’ She cries with relief and thanks her lucky stars for her sister and her medical interpreter.

Standard initial protocol: surgery. No further decisions needed on that one. Happily, day surgery removes everything that needs to be removed. Before leaving the hospital, she is told: ‘the incision will heal from the inside.’ She had zero idea what that means or what importance it has. Over the next two weeks, she does her best to clean what looks like oozing from the incision. Her sister worries it’s an infection, and accompanies her to the follow up. Sister had allotted 3 hours for the appointment. When it takes longer, her sister corners the doctor ‘My sister has an infection. She’s being very brave about it but it needs to be looked at.’

When the surgical resident finally sees her, she is reprimanded: ‘Tsk tsk. You’ve made the scarring worse. Weren’t you told the incision would heal from the inside out?” She feels too cowed to say: ‘I was told, but had no idea what that meant, and wasn’t feeling well enough to pursue it.’ She also feels she has to apologize to the doctor for her sister’s outburst. Stress upon the stress of the follow up and reprimand. (She berates herself and all her relatives. Couldn’t my sister’s husband have explained the healing from inside out? Couldn’t I have asked him?)

Still feeling emotionally wrought, nonetheless, post-surgery treatment decisions loom. Radiation is the recommended course. She meets with the specialist – a woman she immediately likes – and thus begins the decision-making process.

Specialist: Here are the percentages for recurrence with and without radiation. Here’s the website to look at when you go home. Only look at this section of the site– the rest of it doesn’t apply to you and will just scare you. She: (Thinking: Terrific. I’m getting specific web direction) Thanks. I think from what you’ve told me, I’m not going to proceed.

Specialist: OK. I suggest you think about it further. I don’t want you to be a victim of survivor euphoria. She: (Thinking: Survivor Euphoria?!I did not like the sound of that at all – the way it was said, the implications, the tone) Thanks Dr.

At home, in consultation with husband, with a degree in Molecular Biology:

Husband: Your decision of course. The thing I worry about is what other tissue damage from the radiation.

Chapter 4: The Decision: doubts are cast.

Phone rings. Her sister. Her doctor husband is versed in statistical analysis.

Sis: I know that the statistics you were told about radiation. But, what sounds like a teeny percentage of difference is actually significant. I think you should consider radiation. Colleague: (a nurse): Why wouldn’t you go for radiation? It’s just for 5 weeks.

Chapter 5: Serious Doubts about The Decision

She: tells husband she’s changed her mind. (She worries will she hurt husband’s feelings for reneging on the decision made together) No worries there: he’s with her whatever the decision.

With radiation booked, she went on a winter holiday. On the beach, she met a woman who’d had both breasts removed. The woman joked, humorlessly, about never drowning because her implants will keep her afloat and then reveals, without prompting, that she was cancer free for 17 years an then it came back with a vengeance. Radiation burned the heck out of her and left her exhausted.

Questioning decisions. She was a mess the rest of the vacation. (Agony over what awaited her. Did she make a wrong, stupid decision)

Early 2002. Not wanting to face the disappointment of those few who know, she proceeds with radiation.

Five weeks of radiation begins. Every morning. At the hospital.

She tells no one but her husband.

She decides to use the treatment as a destination for a morning walk. By comparison with the months preceding it, radiation was a breeze, a learning and bonding experience. Wonderful technicians. No side effects. Almost makes her want to share this with others.

A ‘Feels Right’ Decision. She will make herself available to other patients. Her Dr is very pleased with that decision.

Empowered Decision 1: Not to view herself as a survivor, but as a healthy person – or, an otherwise health person, with a manageable health condition

Empowered Decision 2: Not to take any more drugs as a preventative measure

Final word: Decisions made easy with the right information, you say? Hooey.