Posted at 11:45h in Experience, Patient by Center for Innovation 0 Comments
Share

All of us have personally known or heard the familiar drill. Dad couldnʼt find his way home. Mom didnʼt recognize her best friend. More and more memory lapses are occurring. Thereʼs a kitchen mishap. Finally the trip to family doc with the dreaded questions: Is It Alzheimerʼs? Is It Dementia?

The answer is yes, and they have a lot of company.

4.5 Million in the US are currently living with Dementia. The estimated prevalence of dementia among persons older than 70 years in US was nearly 15% in 2010. It is estimated that by 2050 there will be 13 Million people in the US living with dementia. There was hope that the incidence might be tapering off and even declining (from data comparing 1993 to 2002), however with the recent sharp increases in prevalence of diabetes and obesity over the past decade, it is feared that the numbers may rise precipitously.

Monetary costs of dementia are considerable. Yearly costs per person vary are between $40,000-60,000. Data from 2010 showed total US costs that year between $157-215 Billion with Medicare paying 11 Billion. 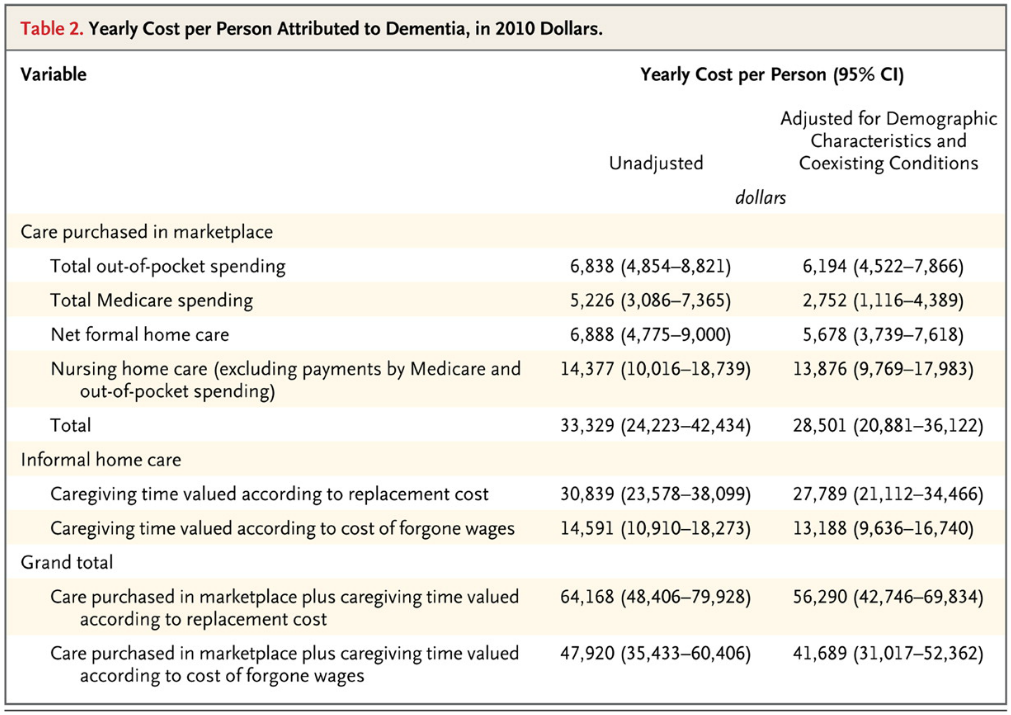 The personal cost to the patient and their family is however the most destructive aspect of the disease. People lose their ability to function, to recognize others, to self care, indeed to do anything for themselves. Family are left to pick up the pieces, try desperately to communicate with their loved one and seek information and help where ever they can get it.

Additionally End Stage Dementia is a terminal disease with 55 % dying within 18 months of the diagnosis. Intervening illnesses are common and when occur signal death much earlier.* Hospice remains underutilized with only 30% of patients with dementia getting hospice care and 1/4 of these for less than one week.

Currently, there is not an effective treatment for Alzheimerʼs disease. The best advice that is given is to avoid the “lifestyle” diseases of diabetes, obesity, cardiovascular disease. Some cite exercise, which increases blood flow to the brain, as an effective preventative measure.

When a loved one does have dementia there are multiple online sites, chatrooms and support groups as well as many local community groups throughout the country for families to get support. There are strategies to keep the patient with dementia more engaged and w/ some memory for longer by using pets, favorite scents or stories. A social connection is felt important.

On June 24, 2014 the #hcldr community discussed the following related to the blog post:

T1: Drawing from personal/professional experiences w/ someone with dementia what insights can you share?

T2: What can governments do to prepare/handle this impending epidemic (public health, insurance reform, etc)?

T3: What is your personal feeling about at home care for a family member with severe dementia?

CT: What’s one thing you learned tonight that you can take back & use to help a patient or your organization tomorrow?

Facts about Alzheimerʼs and Dementia: