03 Sep ICD-10 Conversion: What Should Providers Be Doing?

Posted at 11:45h in Experience, Innovation by Center for Innovation 0 Comments
Share

Unless a physician or other provider has deliberately ignored the news for the past few months (or really years), it has been unavoidable to know that ICD-10, an updated coding system, is coming and will be effective as of October 1, 2015 in the United States.  ICD-10 has received a significant amount of press over the past few years because of the debate surrounding its adoption by Medicare, and in turn the rest of the healthcare system.  After a few delays in implementation, it appears that October 1, 2015 is the firm and final deadline.  That is not to say that the definitiveness of October 1st is not subject to some speculation or other softening.  For example, the Centers for Medicare and Medicaid Services (CMS) and American Medical Association (AMA) jointly announced a delay for some specificity based denials at the beginning of July.

The main issue to keep in mind with ICD-10 is that as of October 1, 2015 no claims in the ICD-9 system will be accepted by Medicare.  If a physician, hospital, or other healthcare provider wants to be paid for their services, then the claim must be submitted with an appropriate ICD-10 code.  Compiling with this requirement is critical because a refusal or failure to do so will financially cripple an organization or individual and very likely force that organization or individual out of business.

What can be done in advance to help reduce anxiety and other concerns?

The move from ICD-9 to ICD-10 is admittedly a major change for the healthcare system.  The real fears and concerns generated by this change are acknowledged.  Disruption and pain to many physicians and organizations will very likely occur on and after October 1st.  Unfortunately, this outcome is probably unavoidable.  While the fear and concern are valid, they should not be used as an excuse or justification to not prepare.  With that in mind, what can be done in advance to help reduce anxiety and other concerns?

One overly simple, but realistic answer is testing, testing, and more testing.  One of the best ways to dispel fear of the unknown is to become familiar with the object of one’s fear.  In the case of ICD-10, this can be accomplished through testing.  Testing means doing trial runs of submissions and includes reviewing systems, documentation, claims submission, and more.  ICD-10 will filter through all aspects of a medical practice, which forms the basis for why testing is so important.  If a practice thinks that it will be able to manage on October 1, 2015 when its existing world is fundamentally changed without doing any advance preparation, then that practice is setting itself up for failure.

What would happen if a practice did not do anything to prepare for ICD-10? 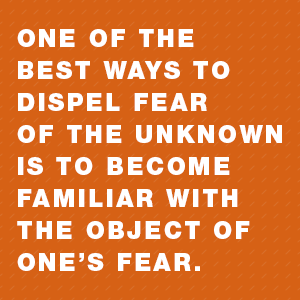 A scenario where nothing is done is likely an overly dramatic statement of how practices are approaching the conversion, but one that should be considered.  What would happen if a practice did not do anything to prepare for ICD-10?  From one perspective, documentation may not be sufficient to justify an appropriate level of coding.  This in turn could lead to the coding not containing the level of specificity required under ICD-10.  While specificity is receiving some degree of a grace period from CMS, this does not mean that claims cannot be denied.  Instead, the grace period announced by CMS just says that claims will not be denied solely based upon specificity.  As such, if another basis for denial exists (i.e. lack of documentation), then the claim will be denied.  Another issue caused by not preparing for ICD-10 is perpetuating the fear associated with the conversion.

As acknowledged above, ICD-10 will cause problems in the healthcare industry, but a lot of the issues discussed in news stories and other places are also being exaggerated to some degree.  Yes, there are codes for a lot of ridiculous seeming situations (struck by orca is a popular example), but that is a reflection of the attempt to be overly comprehensive in what the system covers.  Is being too inclusive really that big of an issue?  Arguably, it is reflective of where the healthcare industry as a whole is going in trying to promote both precision medicine and population health.  It is fair to say that succeeding with either initiative requires a lot of detail, granularity, and data.

What should be done with the time left before October 1st?

Now that the horror scenario has been addressed, what should be done with the time left before October 1st?  As suggested, testing must be done.  Testing encompasses both internal and external testing.  From an internal perspective, physicians, practices, hospitals, and others must run coding through systems to determine where issues could arise.  Is insufficient documentation the issue, is there a glitch in how the electronic medical record filters information, or is there some other issue?  Unless the ICD-10 codes are used, it will not be possible to find where an issue or issues lie.  The same will be true and found through external testing.  Some insurers are offering testing.  For example, Florida Blue in Florida has been very active on this front, in addition to providing other education and emphasis on the topic of ICD-10 conversion (for example, Florida Blue had organized a bi-weekly tweet-chat to discuss ICD-10).

How can testing be done?

Recognizing that time and resources are limited, how can testing be done?  First, free options can be explored.  Does an insurer that the physician or practice work with offer testing?  This could be on a free basis because many insurers are working collaboratively to ensure that the transition occurs smoothly and with as little disruption as possible.  Another option could be to explore whether the electronic medical record vendor offers support.  Clearly the ICD-10 transition requires an electronic medical record to handle the new coding system.  Since testing is the only surefire way to determine if changes are successful, the vendor may offer some solutions.  In exploring these options, it could be helpful to review contracts with the insurer or EMR vendor.  Is training or other support required?  One never knows until contract language is double checked what benefits may be included.

If there are not any free options, then acquiring assistance from qualified consultants should be pursued.  Given the high stakes involved in trying to ensure a smooth transition to ICD-10, following the axiom of it is better to pay now than pay even more later should be considered in these circumstances.  If a practice is not ready on October 1st, then there is a very real likelihood that no money will come in the door.  From this perspective, is it better to spend additional money now and help ensure that bills will still be submitted and not universally rejected, or try to muddle through following October 1st?

Do not be caught in a trap of doing nothing.

While the answer may seem obvious when phrased in this manner, it is not an easy decision for many practices, especially small ones.  Money and resources are realistically scarce.  That cannot be used as an excuse to delay though.  Do not be caught in a trap of doing nothing.  That will only result in more harm later.

Lastly, testing may help to show that many fears surrounding ICD-10 have either been overblown or resulting from a lack of information.  As suggested above, fear of the unknown can be very powerful no matter what the circumstances are.  By testing systems and getting familiar with what is required for ICD-10, the fear of too many codes, too much documentation, or any other number of issues can be reduced.

The transition to ICD-10 will not be easy or smooth on October 1, 2015, but individual physicians, practices, and hospitals can take steps to make it easier.  Claims will be denied and extra work will also be necessary, but these can be alleviated to some degree with appropriate preparation.  The questions then boil down to (1) what can you do today and (2) what are you doing today.

Questions for the Chat

Matt Fisher, Esq. is an associate with Mirick O'Connell. He is the chair of the firm's Health Law Group and a member of the firm's Business Group. Matt focuses his practice on health law and all areas of corporate transactions.

Kat Quinn, MBA is a digital health start-up specialist with a focus in HealthIT and Direct Primary Care (DPC) start-ups and co-founder of SheepGuru.com, one of social media's leading DPC voices.  She holds an MBA in Health Informatics and a BS in Marketing.  Her primary objective is to help launch digital health start-ups and Direct Care practices.  Her passion is health and wellness, and she is an advocate for free-market health care.