24 Apr Where House MD and Reality Meet: Diagnostic Mistakes are More Than Clever Plots for Television

Posted at 11:35h in Transform by Center for Innovation 0 Comments
Share

Lisa Sanders, M.D. is an internist who works directly with patients. In 2002 she began writing a column about diagnostic error for the New York Times, and has worked as a producer on the television show House, M.D. Throughout her presentation at Mayo Clinic Transform 2014 Symposium, she describes what diagnostic errors are, why they are important, and how we can use these errors to make health care more efficient.

Dr. Sanders offers her own experience of a time she believes she made a diagnostic error. One of her patients, Shirley, who is 83 years old had struggled with tobacco. She managed to quit smoking, but eventually called Dr. Sanders on the phone and informed her emphysema was back. Dr. Sanders told Shirley that she needed to go into the hospital, but Shirley refused. Dr. Sanders called in steroids and antibiotics for Shirley, under the condition that Shirley would call a week later to report her condition.

Shirley’s condition only continued to worsen, but Shirley insisted that she stayed at home because she did not want to die in a hospital. When Dr. Sanders visited Shirley at her home, she placed a pulse oximeter on her finger, and found that her heart rate was far below a normal or safe rate. Dr. Sanders began to fear that she had made a diagnostic error that was potentially life threatening. It was Shirley’s heart that was causing her problems and not her lungs.

Shirley was convinced to go the hospital and recovered after getting a pacemaker. Dr. Sanders states that doctors are routinely wrong, but are often on their way to being right. She explains that doctors do not have infinite knowledge about every rare disease or condition, so they often need to start with the most common diagnoses before moving on to less common ones.

In tough cases, it is not uncommon for doctors can give a patient a wrong diagnosis. One definition Dr. Sanders provides of a diagnostic error is a “missed opportunity to make a timely or correct diagnosis based on the available evidence."

Some doctors often believe that when there is not enough information available, then it is not really a diagnostic error. However, Dr. Sanders argues that the way to start counting diagnostic errors is at the beginning. She believes a diagnostic error is “any diagnosis made between the time a patient first presents to medical attention until the correct diagnosis is made."

Dr. Sanders believes that there are times when doctors don’t have enough information to make an accurate diagnosis but she believes that we should still count these instances. Doctors don’t want to be associated with such rates of diagnostic errors, but as Dr. Sanders argues, we should view these mistakes as valuable learning opportunities, especially when we are dealing with rare diseases.

We shouldn’t think of errors as “dumb mistakes”, and we need to understand that such mistakes does not make an individual a bad doctor. Dr. Sanders offers the idea that an error is not the same thing as a mistake. Once we accept that, we can begin to learn from these errors and begin to reduce the amount of error in diagnostic practice.

There is so much that doctors have yet to learn about the human body which makes diagnosis a very uncertain art. Dr. Sanders provides a few solutions to decrease the amount of time to make the right diagnosis. To reduce the amount of diagnostic errors, she believes that doctors should spend more time with patients, listening to them and gathering more evidence. There is research that supports that the rate of error increases when a doctor spends less than 15 minutes with a patient.

We also need systems to provide health at home, instead of making sick patients travel in order to receive care. She asserts that making the right diagnosis quickly is “the most cost effective care we can deliver." 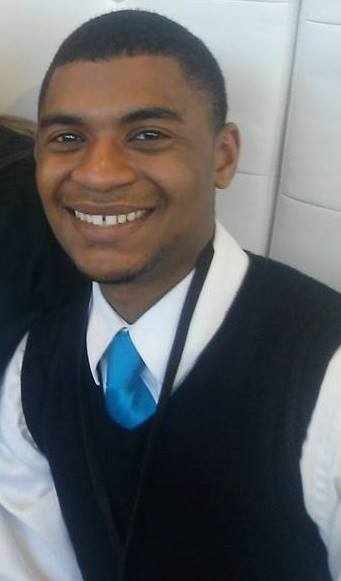 Dominique is currently a student at the University of Minnesota Rochester, and an Intern Writer for the Center for Innovation.