Posted at 11:25h in Insights, Insights-2, Transform by Center for Innovation 0 Comments
Share

Dr. Prabhjot Singh, the Director of Systems Design for the Earth Institute and an Assistant Professor of International and Public Affairs at Columbia University, spoke on September 9th at the 2014 Transform Symposium about the human element in improving medical infrastructure, how technology can be used in surprising ways to overcome health inequities, and how some efforts to improve medical infrastructure in Sub-Saharan Africa are just as effective here in the United States. In addition to watching his fantastic Transform talk, I had the honor of speaking at length with Dr. Singh afterward at a dinner and reception. A physician practicing in East Harlem, New York, Dr. Singh also holds a Ph.D. in Neural and Genetic Systems, which, he tells me, gives him valuable insights into interpersonal and intersystem interaction.

Dr. Singh began his talk by discussing how his upbringing has shaped his worldview. As a child, Dr. Singh accompanied his father, a farmer, around the world.  Dr. Singh relates the viewpoint of the farmer with that of the physician: just as the farmer’s relationship with his or her crop is intimate, carrying with it continual examination of multiple variables, so is the physician’s relationship with the patient. From a young age, Dr. Singh watched agricultural extension workers provide valuable perspectives and help farmers solve important agricultural problems. Ultimately, the communities served by the farmers and the extension workers stood to benefit from these efforts. Watching this process taught Dr. Singh the value of solving problems using the right methods.  Dr. Singh urges that continual reanalysis of our state of affairs allows us to tackle the right problem from the right angle.

“… I can’t imagine a scenario where, as a doctor, I spend twenty years giving the same advice to a community. That strikes me as a failure of the highest order. We should be advancing and evolving what we’re speaking about as a community conversation. People should be learning, and … if that’s not happening, we’re doing something terribly wrong.” – Dr. Prabhjot Singh

Heavily involved in the world’s response to West Africa’s ebola outbreak, Dr. Singh leads the One Million Community Health Worker campaign hosted by the African Union. His team is implementing a surge of health workers across the endemic region to combat the spread of the disease. Having worked to improve medical infrastructures in this region for quite some time, Dr. Singh has been, and will continue to be, instrumental in the containment and combating of the disease. In his talk, Dr. Singh discusses the importance of having local workers communicate with patients to facilitate trust between the local populace and external medical assets.

A tactician as well as a physician, Dr. Singh examines all variables in the equation of health in solving problems with medical infrastructure. Not only does he train and employ community health extension workers, Dr. Singh works with other people and organizations with the propensity to implement improvements in public health. For example, Dr. Singh has worked for years with the economist Jeffrey Sachs to formulate effective investment strategies in constructing the infrastructure necessary to enhance public health in Sub-Saharan Africa and elsewhere. Dr. Singh also liaises with the U.S. Department of Defense, which, given its military bases and personnel spread across Africa, also has a dog in the race when it comes to public health in Africa.

While Dr. Singh works to enhance medical infrastructure in the developing world, he also examines how the state of affairs in his area of practice, East Harlem, can be improved. Surprisingly, some of the strategies he employs in the developing world are just as applicable here in the United States. Some communities Dr. Singh provides healthcare to have a 90% prevalence of diabetes or pre-diabetes. To actualize improvements in the health of Harlem, Dr. Singh and his team have built an outreach team called City Health Works, an embedded team seeking to enhance the health of the community. From this effort, new and unforeseen challenges have surfaced: socioeconomic and cultural factors are often more powerful health determinants than previously thought.

In addition to health problems, low rates of literacy, high rates of trauma and financial challenges, and other unforeseen factors are detrimental to the health of Dr. Singh’s patient population. City Health Works seeks to take advantage of resources already in the field. For example, they have allowed community care givers to provide medical services normally overseen by medical staff, such as health and symptom monitoring. Mobile phones and applications are also being taken advantage of, allowing patients to participate in their own health on an individual level. This technology facilitates measurement of progress and goal achievement on an individual and communal level.

Dr. Singh concluded his excellent talk with a discussion of bridges and the people that traverse them. Dr. Singh urges us to consider the human element when striving to improve the endeavor of healthcare. Dr. Singh asks us not to become entrenched in the structural and logistical elements  (i.e., the bridges) of medical infrastructure. While economics and logistics are important, the viewpoints of the people we strive to care for are ultimately the most important things we must incorporate into our efforts. 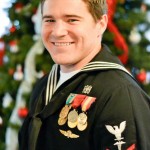