Posted at 15:42h in Transform by Center for Innovation 0 Comments
Share

Mark D. Smith, MD, MBA, knows America’s healthcare system like few others. After earning degrees from Harvard, the University of North Carolina at Chapel Hill, and the Wharton School at the University of Pennsylvania, Smith has taught at Johns Hopkins, served as an attending physician at San Francisco General Hospital, and founded the California HealthCare Foundation, which he operated for nearly 18 years. All these experiences, along with his lengthy repertoire of national level committee and board positions, have made him quite an authority when it comes to the direction of healthcare.

At the Mayo Clinic’s Transform 2014, Smith addressed the changing nature of healthcare coverage; but more importantly, he explained an alternate take on the future of health care. Where others see an impending “physician shortage”, Smith sees solutions in innovation. Specifically, he spoke about changing the tasks doctors and patients are expected to perform.

While professionals in other fields from travel agencies to banks have been progressively supplemented with technologic innovations, medical consultation has remained relatively stagnant. Speaking on this subject, Smith stated,

“The basic structure of our interaction with virtually every service industry has been transformed with enabling technology to allow laypeople [...] to do successfully and safely things that we used to have to trained professionals to do for us.” He reflected further, adding, “That revolution has only barely touched healthcare.” In Smith’s mind, that revolution is overdue. Looking back to a time when diagnosing a patient with strep throat took multiple days and a range tests, he raises the question of why, now—in a time when garnering the same diagnosis can be achieved by virtually anyone “in five minutes for three bucks”—the American healthcare system has not done more to enable patients to perform such tests themselves. Going further, Smith pointed out superior results of patients who perform tests as extensive as measuring their own anticoagulation factors.

Additionally, he covered a study of hypertension patients who synthesized medication for themselves based on the results of their own tests, which indicated that their self-treatment had been more effective than the regular course of treatment. Smith culminated his examples of empowered patients presenting a clinic in Sweden where people in need of dialysis administer their own treatment. To conclude, he stated that “there is a huge gap between what we have patients doing and what they are capable of doing on their own.”

On this note, Smith ended Transform 2014 encouraging healthcare professionals to consider the benefits empowering patients could have for achieving goals of reducing healthcare costs, improving health, and enhancing the patient experience. 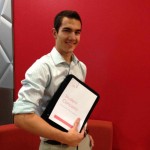