21 Nov The Magic of Innovation

Posted at 11:23h in Transform by Center for Innovation 0 Comments
Share

According to Nate Staniforth, the deception involved in a magic trick is the least interesting part of his job. He says the fascinating thing about magic is taking something ordinary – scotch tape, for example – and creating something extraordinary for an audience. He creates a relationship with his audience, actively engaging them to give them “the experience of magic.”

Staniforth said, “Part of my job is to take all the years I’ve worked on magic and find a way to bring all of that to bear on one moment, one experience that the audience can appreciate.” This moment, he says, is similar to the communication occurring between physicians and patients. Staniforth told a story of his recent trip to the hospital, where he was seen by two doctors.

The first doctor gave Staniforth a few bits of information, but did not take time to alleviate his fears about his health. He had what Staniforth called a “bad show.” He explained that when he “just shows up” to a magic show, completing his show on autopilot, the show never turns out well. 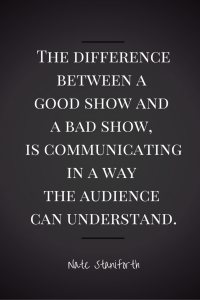 The difference between a good show and a bad show, he says, is communicating in a way the audience can understand. The first doctor he saw failed to give a “good show.” Staniforth suggested, “There is a world of difference between technically completing a task and achieving the goal the task was supposed to achieve in the first place.”

To Staniforth, the goal of the task was supposed to be alleviating his fears and making sure he knew what steps to take to benefit his health.

He said the patient experience is enhanced when a physician can “bridge the terrifying gulf between all that you know and all that they don’t.” 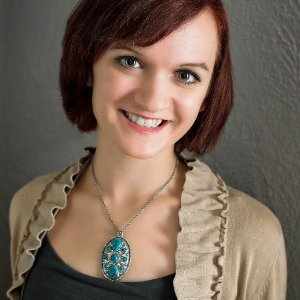 Stacie Lewis is a Bethel University student, and Transform attendee