23 Sep Watch Your Language If You Want To Change Behavior

Posted at 16:50h in Transform by Center for Innovation 0 Comments
Share

Robert Conn, M.D., presented this year at Transform about how he learned to look through a new lens at language and how it affects our ability to effect change. Dr. Conn is a former children's heart surgeon who put down his scalpel to launch SMARTRISK, an organization dedicated to preventing injuries and saving lives (and keeping people out of the hospital).

During his residency, as Dr. Conn tells it, his attention was turned to accident prevention during a transplant rotation and, specifically, his time on the harvest team. "I quickly became aware that all our donors were formerly healthy and now brain dead because of accidents," he said. "After a time, I could no longer stomach it."

After his residency, he returned to Toronto Hospital for Sick Children, where he couldn't shake those thoughts about accident prevention. In the U.S. alone, he notes, "one person dies from unintentional injury every three minutes." Somewhere along the line, he was challenged to do something about it, which he jokes may have simply been a nice way to tell him to shut up. What came from that was the beginnings of SMARTRISK.

Dr. Conn's vision was to never preach, to never use the word "don't," and to never talk about "safety" to teenagers, who are the most vulnerable age group for suffering injury due to risk-taking activities, but to communicate that they can take risks in the smartest ways possible and enjoy their lives to the fullest.

He shared some things he's learned about trying to shift a paradigm:

Dr. Conn closed with several examples of how strong the influence of language and framing an issue is, and why it is a major challenge in shifting public thinking. When John Candy died from a heart attack at age 44, "over the next year, a lot of funds were raised to cure heart disease," he said. "When Princess Diana died, a lot was made about the paparazzi" but little was done or said about the importance of wearing a seat belt. "Nothing was raised or spent on injury prevention," he said. "That illustrates how firmly fixed the idea of these things being an accident is fixed in our thinking."

His takeaways:  Pay attention to the language you use, reframe the issue to get the proper focus, and find a way to make the messenger the target audience. 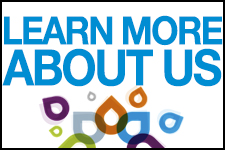