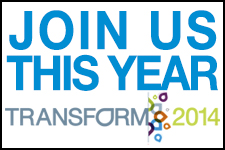 19 Aug Telling the Stories of Innovation

Posted at 11:20h in Uncategorized by Center for Innovation 0 Comments
Share

The Mayo Clinic’s Transform symposium bring the brightest minds to Mayo Clinic to relay what is being done to improve the state of medicine. In 2010, Jesse Dylan, noted film-maker, founder and CEO of Wondros, and son of Bob Dylan, spoke at Transform about how he works to broadcast the stories of those who have trouble distributing a message. As a multimedia guru, Dylan has a unique skillset to do so. His talk began with a sampling of the film work he and his team had done, featuring Bill Clinton, Oprah Winfrey, Michelle Obama, and Matthew McConaughey. Jesse’s specialization is using his multimedia expertise to make innovative ideas widely available. Jesse asserts that his main challenge is not finding good ideas, but distributing them. Plenty of innovative folks have great ideas. The difficult part is making that idea available to as many people as possible, thus fostering the growth of that idea. That’s where Jesse comes in. He works to foster awareness of these ideas and to help people realize that commonality is more important than difference. Jesse affirms,

I try and work with people who are all trying to do something powerful in the world and need help explaining their stories. The most common thing that I see is that you’ll have really brilliant people working on something, but the last thing that people think about is how you communicate that idea…

Jesse became interested in improving the state of medicine through his endeavors in conducting his own research as the father of a patient. Jesse’s son suffers from Crohn’s disease and celiac disease. Unfortunately, it took three years for his son to receive a definitive diagnosis. In his Transform talk, Jesse related his experiences as a frustrated father meandering the sea of information available on the Internet, feeling helpless to understand and filter this myriad of facts for the benefit of his son. Jesse yearns for a day when patients will have an easily navigable resource with which to conduct their own research. Such a resource would give patients the ability to effectively research their symptoms or conditions. These patients would then be well-informed and prepared for appointments with their providers. Jesse asserts that information must be given to patients in proper context. The patient must be able to trust the authority providing the information, and the information must be specific.

Jesse founded a nonprofit organization, Lybba, devoted to providing clinical guidelines to patients on an easily navigable user interface free of charge. Lybba also works with institutions including political parties and medical institutions, helping these institutions to broadcast important ideas. According to Jesse, Lybba concerns itself first and foremost with medicine’s higher calling. It works to find commonality amongst differences.

As the founder of an innovative nonprofit organization, Jesse acknowledges the value of incorporating young, open minds into institutions to enhance efforts to innovate. Jesse affirms that design plays another important role in solving these problems. Jesse wants to incorporate clinical effectiveness into the research medical patients inevitably conduct on their own behalves. He says that his program works against ineffective treatments that could interfere with the efforts of science-based medicine. He observes, in reference to ineffective treatments popularized by misguided individuals on the Internet, “We can’t have people treating cancer with well-water—that’s not effective for anybody.” Jesse works to establish open-source data sets outfitted with a simple, intuitive user interface. Such a resource would allow patients to access databases of information as fast as they can conduct a Google search. This would allow for faster, efficient patient research—a situation that would benefit both provider and patient.