Posted at 10:44h in Innovation, Transform by Center for Innovation 0 Comments
Share

Editor's Note:  David Erickson is currently involved with SOCAP Health: Creating the Market that Values Health, this June 25 + 26 2014 at the New York Academy of Medicine, in New York, New York. Registration is now open, and you can get all the details to the conference here.

“Albert Einstein once said, ‘If I had one hour to save the world, I’d spend 59 minutes defining what the problem is and one minute solving it,’” David Erickson, guest speaker at the 2013 Transform symposium, opened his presentation on the rise and success of community development initiatives to combat health disparities in the United States, with this famous quote.

Although Erickson admits that the current healthcare model is a contributing factor to this problem, the brunt of the issue stems from the lack of developed communities. Erickson suggests that in order to make a substantial difference, the focus needs to shift towards community development efforts.

Erickson is the director of the Center for Community Development Investment at the Federal Reserve Bank of San Francisco. His areas of research include community development finance, affordable housing, economic development and many more. A leader in bringing together health and community development, Erickson strives to make significant positive changes in the health status of communities by focusing on fixing the underlying problem which is the lack of developed communities.

According to Erickson, the current problem is that we are spending more money on medical care than anywhere else in the world, and we have worse health outcomes and shorter lives than countries spending much less on healthcare. Currently, almost all financial efforts are focused on a very small piece of the healthcare puzzle, and because of this, the United States is losing ground among affluent countries with respect to important health metrics.

Erickson points out that the United States’ rank on infant mortality slipped from 18th in 1980 to 31st in 2009. These startling facts call for a transformative development approach to target the issue of health disparities, leading to the question proposed by Erickson, “What are the levers that we can push to increase the health or improve the health of the nation?”

Erickson suggests that his health is defined not by his cholesterol numbers or body fat index, but by living in a community and neighborhood that supports his health; this includes access to healthy foods, transportation, and parks. The notion revolves around the idea of knowing your neighbors, and being able to rely on your community and family to check up on you in times of need.

“Your zip code is more important than your genetic code for your health,” reaffirming the belief that the key to healthy living lies not in genetics but in the community and neighborhood in which you live in."

In his presentation, Erickson looked at two closely positioned neighborhoods in New Orleans. He showed that the average life expectancy can vary as much as 25 years across neighborhoods just a few miles apart. In response to these startling facts, Erickson stated, “There are ways that we can create environments that can promote our health.” Future steps can be taken by focusing on what is currently being done in the community development field and expanding on that work to improve the overall health of communities.

Currently, there is remarkable work being done throughout the country in the community development field. In his book, The Housing Policy Revolution Networks and Neighborhoods, Erickson discusses how the community development field is a successor of the war on poverty and the model cities program. This industry has been successful in that it is large on scale, about $20 billion a year in subsidies from federal and state governments. The subsidy money levers a substantial amount of bank capital from banks motivated by the Community Reinvestment Act of 1977. The annual expenditure is well above $120 billion into low income neighborhoods all over the country. This money goes into building affordable housing, providing capital to small businesses, and financing community facilities.

Community development also helps facilitate cross-sector interventions that build on local knowledge. An example of the success of the community development field is the affordable housing in San Francisco. Housing units were built for the homeless to address the high cost of E.R. visits. The housing complexes were staffed with nurses to treat the residents and the results were tremendous. The savings were so massive that many other communities are replicating the effect by building similar affordable housing complexes. Although efforts such as these have made great leaps in the right direction, there are still improvements that can be made.

One of the benefits of focusing on community development to improve health is that it does not require a lot of additional funding, just adjustment of where the current funds are being allocated. By focusing funding on community development and other preventative measures instead of on the consequences of poverty, the health disparities and overall health outcomes of communities can be improved.

An example of this is the Social Impact Bond, also known as a Pay for Success Bond, which is where a commitment is made to pay for improved social outcomes that result in public sector savings. In New York, efforts are being focused on finding more ways to spend money on case management and prisoner efforts to prevent juveniles from returning to prison through preventative interventions. As far as the medical care industry, accountable care organizations where individuals are paid per person per year as opposed to paying per procedure to keep people out of the doctor’s office.

Future steps require additional coordination from allied sectors such as: education, public safety, economic development, and community empowerment. Erickson comments, “By the time the last baby boomers retire in 2030, there will be two workers to support each one on social security.” For this reason, it is important for everyone to participate in these efforts. As Erickson states, “We have the ideas, the resources, and the ability to make every neighborhood a neighborhood of opportunity and one that supports health.” The benefits of creating cross sector linkages in health and education will make us wonder how community development and health were ever separated. 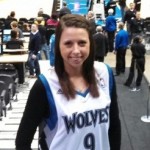 Kate Scheffler is a contributing writer, and recent graduate from the University of Minnesota Rochester.