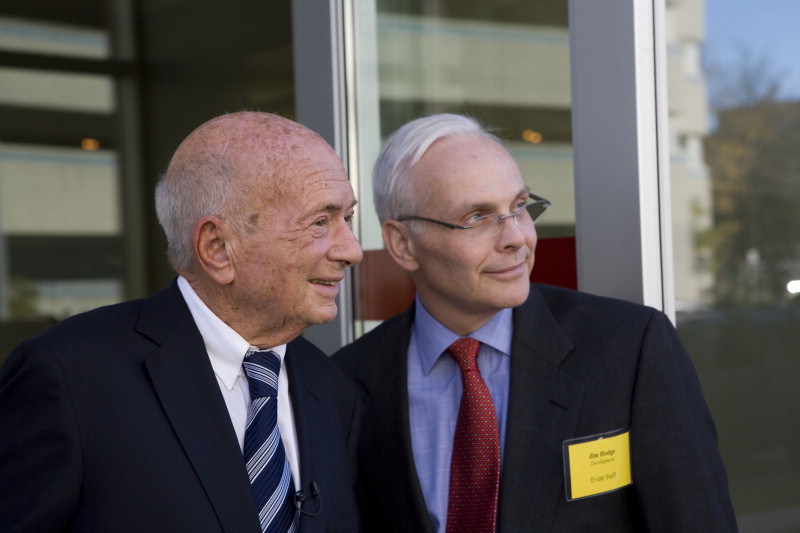 10 Apr From Power to Passions to Purpose

Posted at 13:29h in Transform by Center for Innovation 0 Comments
Share

In a talk given at the Mayo Clinic’s 2009 Transform symposium entitled "Entrepreneurs and the Evolution of Wealth: From Power to Passions to Purpose," Mr. Jim Hodge discussed how the evolution of philanthropy is proceeding alongside the evolution of health care in an ever-changing modern world. Philanthropy is a major aspect contributing to the continuation of the Mayo Clinic’s excellence in its Three Shields: Clinical Practice, Research, and Education. According to Mr. Hodge, philanthropy has three noteworthy aspects when considering its potential in the context of modern medicine: power, passion, and purpose.

At the time of this talk, Jim had been in the field of philanthropy for thirty-three years, during which time he was (and, of course, continues to be) an avid observer of innovators, including innovators within the Mayo Clinic. He has observed how funding, innovation, and health care transformation have evolved alongside philanthropy, and how entrepreneurs have changed our lives. Jim asserts that entrepreneurs have shaped—and will continue to reshape—America and the world at large through philanthropy, social business, and through innovative companies. Over the years of observing these innovators, Jim has come to the conclusion that we must seek out the “powerful exemplars and contagious messengers of vision in action” within our organizations and communities.

Jim outlines a brief history of philanthropy, in which, historically, money has purchased power—from serfs, to slaves, to armies ancient and contemporary. He outlines how the Renaissance was perhaps the advent of competition within the realms of art and architecture, brought about by the time’s capitalists. Medici families bought muscle and minds—they used their wealth to purchase a unique blend of power, passion, and creativity, which the world had never seen before.

Jim affirms that it could only have been the entrepreneurs of that time who could have dreamt of pitting Leonardo da Vinci against Michelangelo upon a battlefield of two tabula rasa frescos—that it could only have been these entrepreneurs who would challenge Michelangelo to uncover the statue of David from a block of marble which had been neglected by the best sculptors of his time. In a modern context, while statuses of wealth may be reflected by possessions and passions including art, crown jewels, and luxurious transportation, it has also begun to encompass philanthropy to innovative organizations. Jim identifies the Medicis of the nineteenth and twentieth centuries: the Rockefellers, Carnegies, and Fords, who established, for the benefit of society, libraries and concert halls, universities and foundations—he contends:

The powerful of our times may be creating new yard-sticks to measure success: a trend where philosophy may be the new status symbol: money transferred into meaning; power replaced by purpose … might we see more Nobel prizes for noble works?

In short, Jim is describing the transformation from money to meaning in the eyes of modern entrepreneurs. Recent and prominent examples of philanthropy include Bill Gates’ purchase of Leonardo da Vinci’s Codex for $30.8 million in 1994, the billion-dollar donation of Ted Turner to the United Nations and the subsequent formation of the United Nations Foundation, the profound gifts of Bill and Melinda Gates and their Gates Foundation, and the billions of dollars donated to the Gates Foundation by Warren Buffet. Jim also mentions Al Gore’s campaign against global warming and Muhammad Yunus’ loans to the poorest of the poor. According to Jim, these sorts of acts of philanthropy, alongside the philanthropy of well-known celebrities including U2’s Paul “Bono” Hewson and Oprah Winfrey, have contributed to making generosity the new “good” thing—the new hopeful thing—for our generation, and for generations to follow.

Jim goes on to say, “If money is made in abundance, it should be shared as such, and spent to solve today’s most pressing problems.” At the time of Jim’s speech, entrepreneurs had made sixty-six gifts of one-hundred million dollars or more to nonprofit organizations in order to help solve serious social problems—and this number is ever increasing: according to CNN Money, eleven such donations were made in 2012, and fifteen more were made in 2013.

Jim cited research conducted by the Bank of America and Indiana University-Purdue University Indianapolis’ (IUPUI) Center on Philanthropy, which found that entrepreneurs donate significantly more money—up to twenty to forty times more—in philanthropy than donors who live on salaries, through inheritance, or who produce their wealth in any way other than in an entrepreneurial fashion. Successive studies conducted by the same organizations have continued to observe high proportions of generosity originating from entrepreneurs. According to Jim, the entrepreneurs who revolutionize business are also spearheading the evolution of philanthropy. In comparison with wealthy individuals who became affluent through inheritance or through climbing corporate ladders, entrepreneurs tend to be significantly more generous in philanthropy—perhaps because someone, at some point, took a chance and were generous to them. Jim affirms:

These agents of change in our times are creating a new landscape of innovation across the continuum of traditional philanthropy through new business venture. The question is: can moral acts of philanthropy be webbed with free enterprise to create change that impacts the health and welfare of all—a place where entrepreneurs can both do well and do good?

Jim goes on to quote entrepreneurial giants Bill Gates and Steve Case, and to discuss how capitalism, entrepreneurial ventures, and philanthropy are mutually enhancing aspects of our dynamic modern economy, leading Jim to the assertion:

This new blended world of philanthropy and business is well worth watching … a healthy transformation may just be occurring among the wealthy of the world. It is perhaps an evolution of wealth from power to purpose: from money used to build monuments to money bringing monumental change.

According to Jim, no small ideas need apply to the dynamic philanthropic generosities of today’s entrepreneurs. The elimination of poverty, the eradication of disease, and the halt of global warming are all top contenders for the reasons behind the exceptionally generous philanthropic donations made by today’s entrepreneurs. Jim discusses how he is inspired by some of the hottest tickets in today’s world: the Clinton Global Initiative, the World Economic Forum, TED symposiums, and the Aspen Institute—places and events in and at which, “Ideas trump ideology, and passion for purpose trumps power.” Additionally, as the New York Times examined on March 15th, 2014, philanthropists have begun to set their sights on scientific research. Private donations of entrepreneurs can not only fill gaps in government funding for scientific research in light of budget cuts, but the entrepreneurs who donate to science do so in radical, goal-oriented ways that serve to accelerate its pace and solve problems quickly. Entrepreneurs’ competitiveness and abilities to see patterns in different ways translate to effective philanthropy with enormous societal benefits.

Jim concludes his talk with a concise summary of recent research into altruism, which has found that groups with altruistic tendencies thrive in comparison to groups that do not share resources. That is, altruism is a necessary trait for survival. Humans have been found to be “hard-wired” for altruism—groups in which individuals share amongst one another have been found to have longer average life spans and increased numbers of offspring; in addition, women judge altruistic men to be the most desirable mates. Functional magnetic resonance imaging (fMRI) scans of people choosing to be generous has revealed that when people commit generous acts, the brain’s pleasure center is highly active. Jim thus ventures the question: “Can generosity be the new drug of choice for philanthropy?” He suggests that we seek out the new Medicis of medicine, that we comport with innovators, and that we engage entrepreneurs. Jim concludes his talk with eloquence:

Registration for Transform 2014 is now open! Find out more here. 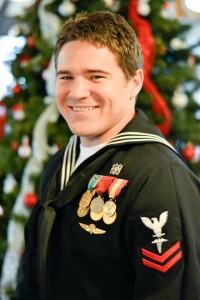