The guest speakers walked onto the stage; they were at Transform to inspire the individuals who had attended the conference. Through their stories they wanted to encourage others to continue to transform health care; by changing the overall research, methods, and cost.

Hearing the former player of Pat Summit, former coach of the University of Tennessee lady basketball team, was one of the most inspirational stories. Pat Summit is the “all-time winningest coach in NCAA history for both men’s and women’s team.” In August 2011, she was diagnosed by Dr. Ronald Petersen at Mayo Clinic, with the disease he has stated as being “the disease of our generation,” Alzheimer’s. Michelle Marciniak (Pat’s former player) has been on the board of the Pat Summit foundation, actively sharing Pat’s story. Both Dr. Petersen and Michelle shared Pat’s story at the conference to inspire the audience. Dr. Petersen said “if something is not done, this disease can bring down the healthcare system.” They shared the struggles Pat had gone through and how we, as part of today’s society, could care and love for those who struggle with this disease; they also discussed how important it was to solve this problem that unfortunately, continues to increase in today’s generation. At the end of the story, moderator, John Hockenberry, asked Michelle “Is Pat still with us?” Difficult for Michelle to reply she said “somewhat, but not fully;” she shared how difficult it was to not have her mentally here. As a community and larger family, we need to be support for those who have this disease.

It is believed that the power of sound is forgotten. Health care settings are no different, they forget what the beauty of sound can do for the healing of patients. As part of the Care Channel Network founders, Susan Mazer and Dallas Smith, both composers and musicians have worked together to transform health care through the sound of music. Their music creates an environment to comfort the innate part of us. They have composed songs that are unfamiliar to patients, to pull them out of the past and move forward to the future. The sound of the unfamiliar music will mask the noises and create an environment to allow the patient to heal. The two artists have worked together to create their music to suit children and adults of all different cultures, races, and genders. The Care Channel Network is involved in over 700 hospitals and has been involved in the power of healing for many patients.

“America is need of healing,” said T.R. Reid, who is one of the nation’s best known reporters. T.R. Reid asked the question “why does the richest country not provide healthcare for every citizen?”  America is one of the richest countries and the citizens pay more to get less care, compared to other industrialized nations. T.R. Reid went around the world to figure out how to answer this question. The U.S., which has four different models of healthcare, which unfortunately is leaving behind 25,000 people who can not afford healthcare, to die from curable diseases yearly. Other rich countries are under the same system, fee, yet they treat everyone the same. T.R. stated, “If America can make the moral commitment that they do not want people living and paying for healthcare, we could find the will to cover everyone.” Passionate about his work and knowing that there is a better solution to the healthcare system, he is determined to make inspire and make a difference for the American people.

Inspire was part of Transform that had an everlasting impact on the audience. Leaving the session made the attendees want to make a difference in today’s health care system. Together, we can transform the overall quality, cost, and methods of health care. 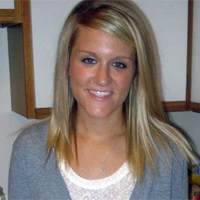 Jessica Solberg is a contributing writer and a student at the University of Minnesota Rochester.