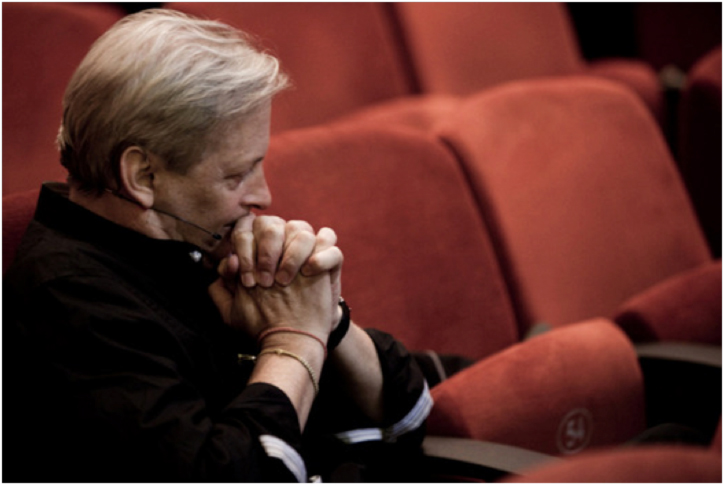 21 Dec In Memory of Bill Drenttel

Today we learned that Mayo Clinic and the Center for Innovation (CFI) has lost a dear friend. William Drenttel, member of the Center for Innovation’s External Advisory Board since 2008, passed away today after a valiant battle with brain cancer. Bill taught us so much and inspired us to new heights. A consummate innovator and designer, Bill “got us”, always bringing us inspirational design advice and leaving us feeling more educated and better informed. Probably the most visible of Bill’s impact is the Mayo Clinic Transform symposium which he co-directed in 2011 and 2012 and which probably wouldn’t be the kind of conference it is today without his influence. His Transform 2011 presentation is one we’ll never forget -- personal and illuminating on what it takes to design for solutions that can impact hard and societal problems like poverty, education and health care.

Below is a beautiful editorial by the Design Observer editors, friends and associates who knew Bill well. We wanted to share this with all of you too. Our deepest condolences go out to Jessica Helfand, his wife and design partner and their two exceptional children, Malcolm and Fiona. The team at CFI sends our deepest condolences to all of you.

This is the hardest truth about  life -- we never really do have enough time with those we love. 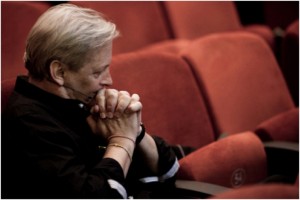 It is with great sorrow that we announce that William Drenttel, who co-founded Design Observer ten years ago and was its mastermind, conscience, and animating spirit, died on December 21, 2013, after a year-and-a-half struggle with brain cancer. He was 60 years old.

Bill lived many lives over six decades. It was no accident that his restless imagination often placed himself at the center of an era’s concerns. He was an unlikely advertising man at the tail end of the “Mad Men” era. With Stephen Doyle and Tom Kluepfel, he helped create one of the most influential design firms of the 1980s. At Winterhouse, the studio he founded with Jessica Helfand in the nineties, he worked as a first-rate designer, an independent publisher, and a champion of causes from voting rights to freedom of the press. He anticipated the rise of social design in the 21st century through his work with the Rockefeller Foundation and Mayo Clinic, and gave substance to the promise of “design thinking” with classes and case studies for the Yale School of Management. When Bill and Jessica won the AIGA Medal this year, it was only surprising because it was so long overdue.

But it was here at Design Observer that the impossibly wide range of his intellect has been truly demonstrated. Although he was never the site’s most prolific writer — he often complained of writer’s block — he worked tirelessly behind the scenes. Bill discovered and encouraged new writers, pioneered new features to better serve our readers, and ceaselessly sought new ways to expand the site’s purview. He was convinced that anything could be an appropriate subject for Design Observer’s writers. This reflected his conviction that design had the capacity to help us understand, transform, and improve every aspect of human life. Although over 500 writers have contributed to this site over the last ten years — and although he would have been the first to deny it — Design Observer is, in the end, the product of Bill Drenttel’s vision.

Bill leaves behind his wife and partner, Jessica Helfand; their two wonderful children, Malcolm and Fiona; his father-in-law, William Helfand; and countless heartbroken friends who came to depend on his companionship more than he would ever know. We will miss him, and so will you.