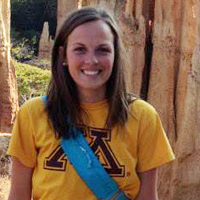 04 Oct How Can Comics Help Us Understand Health?

Leading up to the big closing finale of TRANSFORM on Tuesday September 10th, were six different sessions entitled “Digging In”. This name is fitting, as the purpose of each of these six, short workshops was to provide a chance to explore specific issues on a deeper level, through participating in smaller group activities.

I attended the  session entitled: “How Can Comics Help Us Understand Health?” because naturally, one would assume that these two things have no correlation at all. However, more recently, comics are being used in healthcare as a way to portray difficult information to patients in a way that they are more likely to understand.

For example, if a person were to hand you a thick packet explaining your HIPAA rights, would you read it word for word? I know I would not. However, if you were handed a comic strip containing the same information, would you be more likely to read it? Each of the speakers at this session stressed the fact that if given something engaging, people will be more likely to read it. It makes perfect sense, really.

Comics are also a great resource for exploring difficult topics such as: mental illness, sexually transmitted diseases, or even what it’s like being in medical school. They are a great way for bringing light to hard subjects.

Now, you’re probably thinking: how hard could drawing comics actually be? Trust me when I say, it’s not as easy as you think. Drawing comics is something that takes a lot of practice, in order to get it just right. This workshop was definitely a step in the right direction. Each of the participants engaged in three different activities. First, we each drew a self-portrait to try and portray who we think we are as people. Next, we were each given a comic strip with pictures, and the task was to fill in the words to the story. The last exercise was my favorite one, though, and it was called “Jam Time”. We each started with a prompt sheet and were asked to start the story, and then after a minute, we each passed our sheets to the next person. So, at the end, each of the comics was filled in with pieces created by different people. It’s crazy how different peoples’ imaginations are.

I do have to admit, I was skeptical about this session to begin with. I’m all about cold-hard facts, so drawing comics is very abstract to me. However, this workshop was extremely enlightening regarding this issue. The use of comics as a tool for communication in healthcare is a very trendy, new idea that with time could have a very positive impact on the overall healthcare experience. If this is the secret weapon for getting information across to patients so that they understand it – then bring on the comics!

Katie Nelson is a contributing writer and student at the University of Minnesota Rochester.