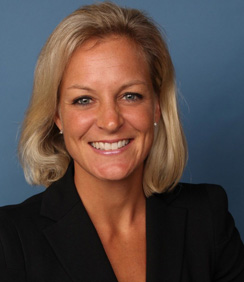 Posted at 16:13h in Innovation, Transform by 0 Comments
Share

Michelle Marciniak, co-founder and co-CEO of Sheex Inc., and guest speaker at Transform 2013

From basketball superstar to entrepreneur, Michelle Marciniak approaches every challenge and opportunity with the tenacity that made her an outstanding athlete. Marciniak is a former All American collegiate and professional basketball player, who played point guard in the Women's National Basketball Association (WNBA), as well as the co-founder and co-CEO of SHEEX Inc.

Marciniak has transferred her skills from the basketball court into the world of business and carried her revolutionary ideas of cutting-edge bedding: SHEEX Performance Sheets and the SHEEX Sleep System, a U.S.-patented product and the world's first in that category.

Speaking to a number of groups, Marciniak gave the 2013 keynote at the Meeting of the Minds Dementia Conference sponsored by Mayo Clinic, as well as speaking to 2,000 influential female leaders and executives in the world at the 2012 IWF World Conference in San Francisco. She was the keynote speaker at Accelerant Technologies in July 2012, and at the request of Time Inc., provided the moving tribute and introduction of her former coach, Pat Summitt, when she was presented as the 2011 Sports Illustrated Sportswoman of the Year.