08 Dec Our Patients Help us See

Sometimes you have days that just make your heart sing. Today at CFI, we had a surprise guest stop by -- a patient who helped refine the Mayo Clinic Patient app, and made us drop what we were doing and listen to his important words. 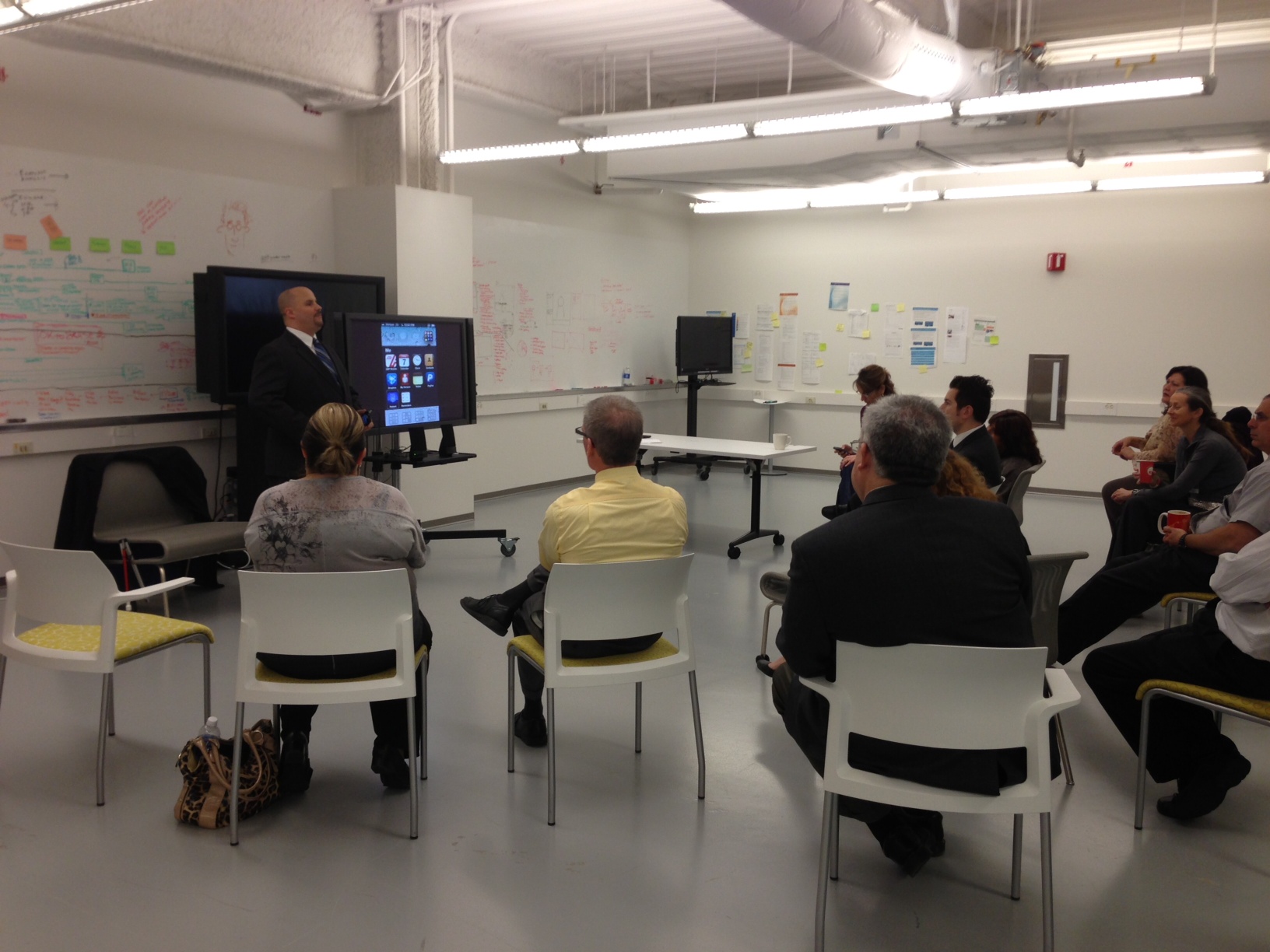 Stephen Guerra’s story began on May 16, the day AFTER the launch of the Mayo Clinic Patient app in the iTunes store. That day, as the small team was watching the number of downloads and comments as they appeared, his feedback stunned the team with a simple comment, “You guys missed the boat on this one.” Dr. Timimi, medical director of the Center for Social Media noticed the comment, and asked Mark Henderson and Troy Neumann -- two Mayo IT employees who were key developers in the app -- to reach out and see what was up. Turns out, Stephen is blind.

When the two met with Stephen back in May the feedback they received was powerful; seems the Mayo Clinic Patient app was missing important accessibility features to make the app functional for Stephen. The developers said to Stephen, “Please give us a lesson on how the blind use mobile apps”. Turns out some behind the scenes IT magic and a few weeks of effort was what it took to fix it up and build in what optimizes the already enabled Apple platform to do its magic. Thankfully, Stephen called it out and the right people were called in, and they went into action.

When Stephen and his lovely wife arrived today at CFI we meet a man who is joyful, funny as heck, obviously a loving husband and father and extremely passionate and eloquent in his words. We learned about how often people with disabilities are left out, not by purpose of course, but sometimes an oversight. Or, if in fact they are considered and a misstep is brought up, it is often ignored due to cost, and sometimes just because the disabled are perceived as expendable customers (not here!). We also learned how Apple has committed to be accessible to EVERYONE and they really mean it! Apple has embedded assistive technologies in all products as standard features; one just has to make sure they build the products they are developing to optimize these technologies.

By day, Stephen is an Assistive Technology Specialist for Independent Living Aids, Inc. and I can tell that he is always 100% a voice for the disabled -- 24/7. He showed us the special technologies he uses with his app, and as I leaned over to ask a co-worker to take a picture of him using her iPhone (because I left mine at my desk) I realized this guy uses his iPhone better than anyone I know!

It also turns out that what we have given Stephen is the kind of thing that brings tears of gratitude to my eyes – in his opinion We have given him full access to his medical record… he can read everything now (well, his technology “reads” it to him) but that is so different then before! Before, he was only given glimpses of what was in his record, what someone felt he needed to know and nothing more. Now it’s HIS! He shared with us that giving him this access, and giving him access to his young daughter’s records, has changed his life. He feels empowered and engaged --- enabled to fully participate in his and his families’ health. He is the epitome of an ePatient. And I’ve had the best day ever after realizing the place where I work, and the brilliant people I work with, is actually changing people’s lives.

If you haven't already done so, you might want to join the +44K people who have downloaded the Mayo Clinic Patient app. The app, which is available to everyone, gives access to the latest news, publications, and health information from Mayo Clinic. Mayo Clinic patients also have access to their personal medical record, appointment schedule and other services using their Patient Online Services account.