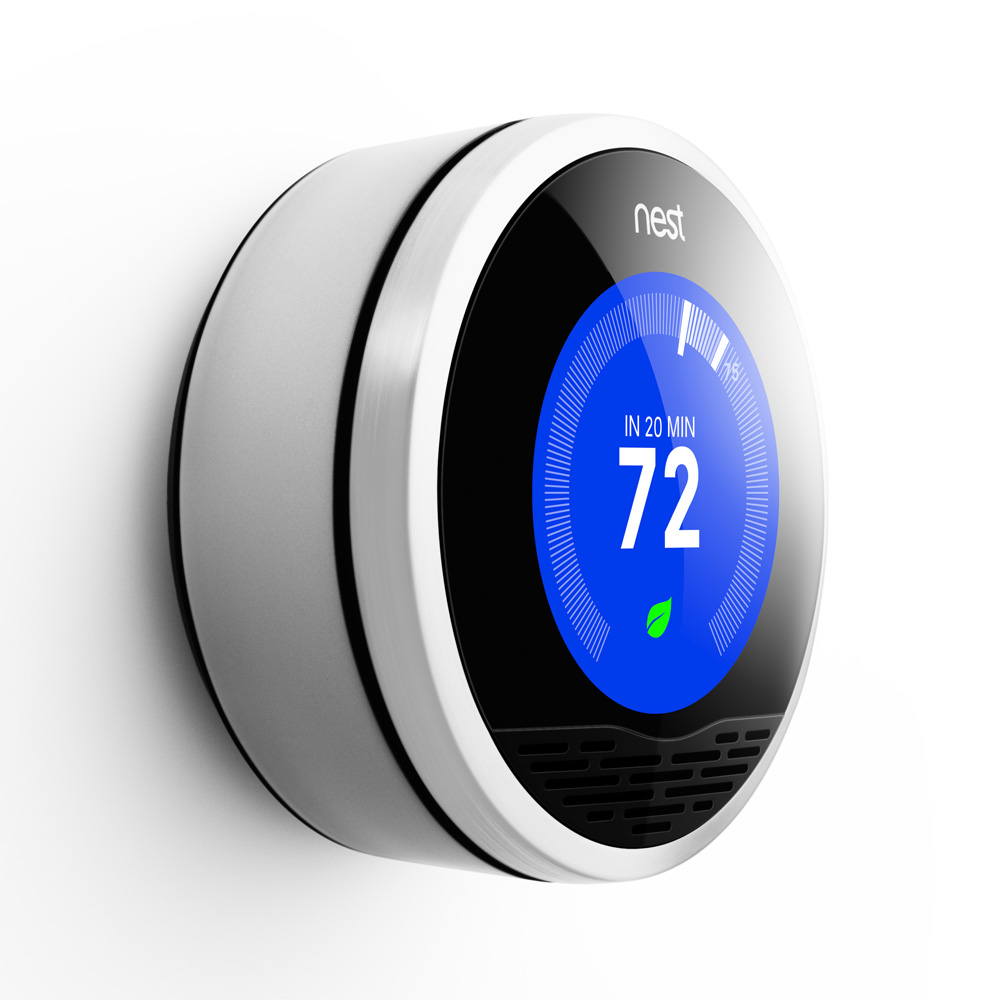 13 Feb The Importance of Staying Cool as We Age

The 2012 Consumer Electronics show revealed Nest, a 'learning thermostat' which has attracted a lot of media attention. Nest’s design team, lead by Apple expatriates Tony Fadell and Matt Rogers, aims to encompass the ultimate ease-of-use proclaiming, “a thermostat should program itself around your life – not the other way around.”

Nest’s simple design relies on intuitive icons, a simple interface and sensors that automatically adjust temperature without having to program or pay attention to it.

Nest lets users check their energy usage, or adjust their settings remotely over the Internet, or with a smart phone to warm up the house before arrival.

This type of sensitive feedback is especially needed by seniors who live alone and generally do not have the ability to sense extreme heat the way younger people can. There are more older Americans living alone than ever before.  In extreme heat, ease-of-use is a serious matter for seniors who have trouble regulating their body temperature (a common side effect of some medications) or navigating their thermostat.  As a 2010 report from World Health Organization noted, “extreme high air temperatures contribute directly to deaths from cardiovascular and respiratory disease, particularly among elderly people.”  Further evidence of this epidemic made news in 2006 when the LA Times declared that "Elderly,Isolated Are Heat's Quiet Victims" with 72 elderly dead due to a weeklong heat wave in California. Many states have implemented reaction plans for extreme temperatures that involve calling or checking in on elderly living alone because they are the most vulnerable.

As a Product Analyst for Consumer Reports in 2007, I performed an audit of thermostats and air conditioners, evaluating the roles and implications of both usability and design for one of the five categories the magazine rates called, "Ease of Use." The available temperature technologies revealed certain usability issues, which were only further magnified for those with dexterity and vision problems.  At the time the increased functionality and reliance on remote controls, and the shift from knobs and easy-to-feel buttons to touch pads were the most notable developments in the industry.  However the lack of clear definition of buttons (through clear labeling and tactile feedback) and the distinction between features (through button shapes and grouping) posed continued implications for the accessibility of the design and error during use.

The Nest learning thermostat has incorporated a level of functionality that far surpasses the intuitiveness of previous thermostats, creating a new market- smart thermostats. However, for the elderly and other people less comfortable with navigating these seemingly “simple” tools, the challenge becomes overcoming intimidation.

Existing services, such as Best Buy's joint operation with Geek Squad services could expand their area of expertise to include not only the installation of climate technology, but provide the customer training, so they have the knowledge and confidence to operate their climate control technology efficiently.

Another program that holds the potential to overcome seniors’ ease of use obstacles with new technologies, while holding social value is Teenage Elder Computer Help.

TECH a program based in Oregon, pairs up high school students studying computer tech or involved with the National Honor Society with local senior citizens interested in learning more about Facebook, smart phones or even a digital camera they may have gotten as a gift.  Beyond the training, participants both young and old, have found the benefit to extend to a better understanding of a different generation, and even a new friendship.

Exploring ways to engage the user towards taking ownership and having confidence in using new technologies, such as temperate control systems, is crucial. As technology continues to develop products that are increasingly defined by their “smartness,” it is important to create ways in which the user can benefit and stay smarter than their tools.