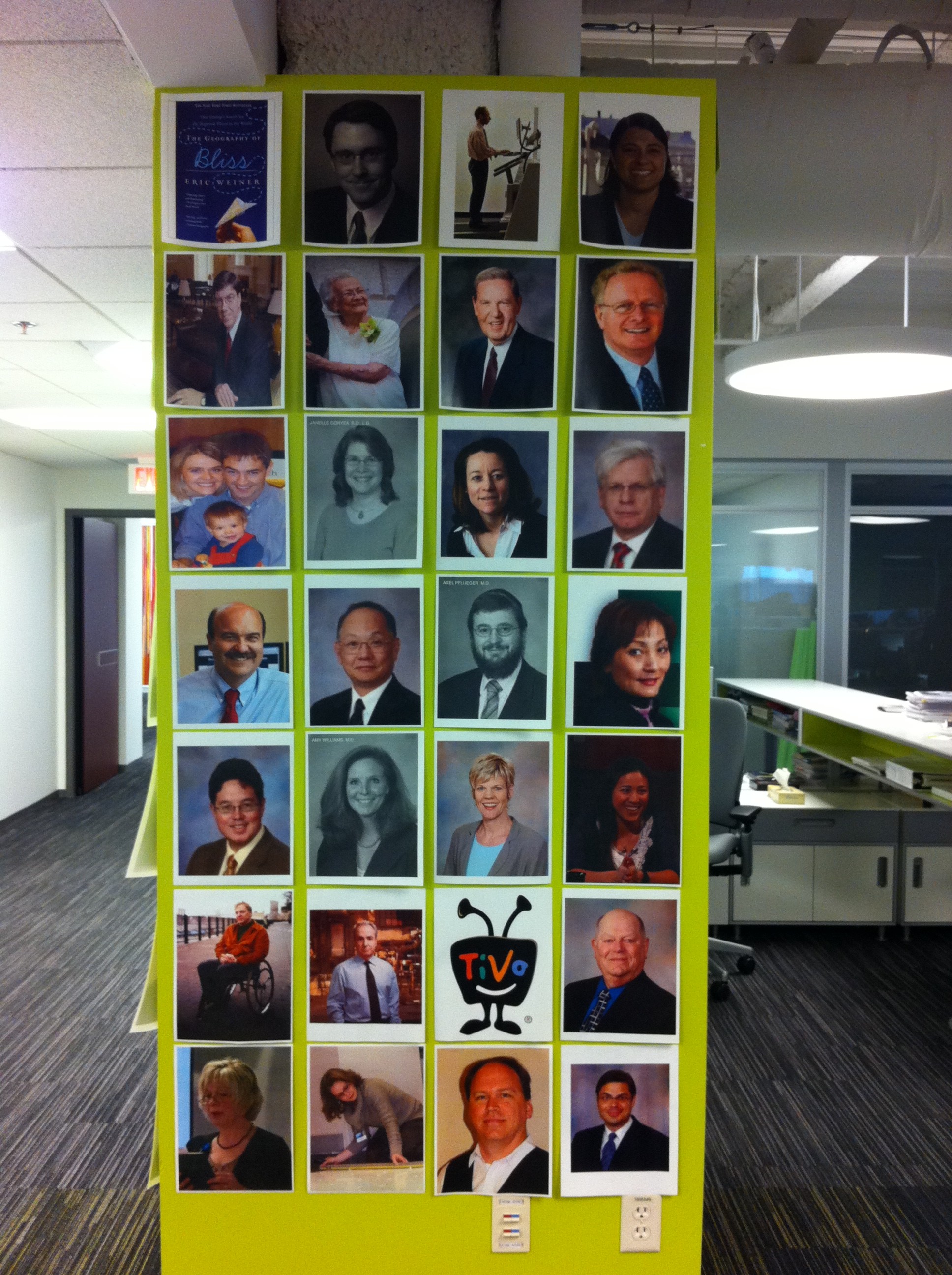 03 Nov The People Who Inspire Us

For design week, we were asked to print out images of people who have influenced our work. The selections ranged from fellow employees, patients, to artists and authors.

One nurse’s holistic philosophy to patient care, her tenacity and willingness to learn influenced two of our designers. Lorne Michaels, of Saturday Night Live, to another colleague, “has influenced me in seeing that humor can be formed in so many types of situations and can help to handle tough and bad situations. It also has helped me to see the humanity of influential people.” Another colleague said that her 2nd grade teacher taught her to love to read. For me, Eric Weiner’s approach to writing about happiness in his book, The Geography of Bliss, influenced me in that he did not try to define happiness, but rather left his readers with an open ended question for me to define.